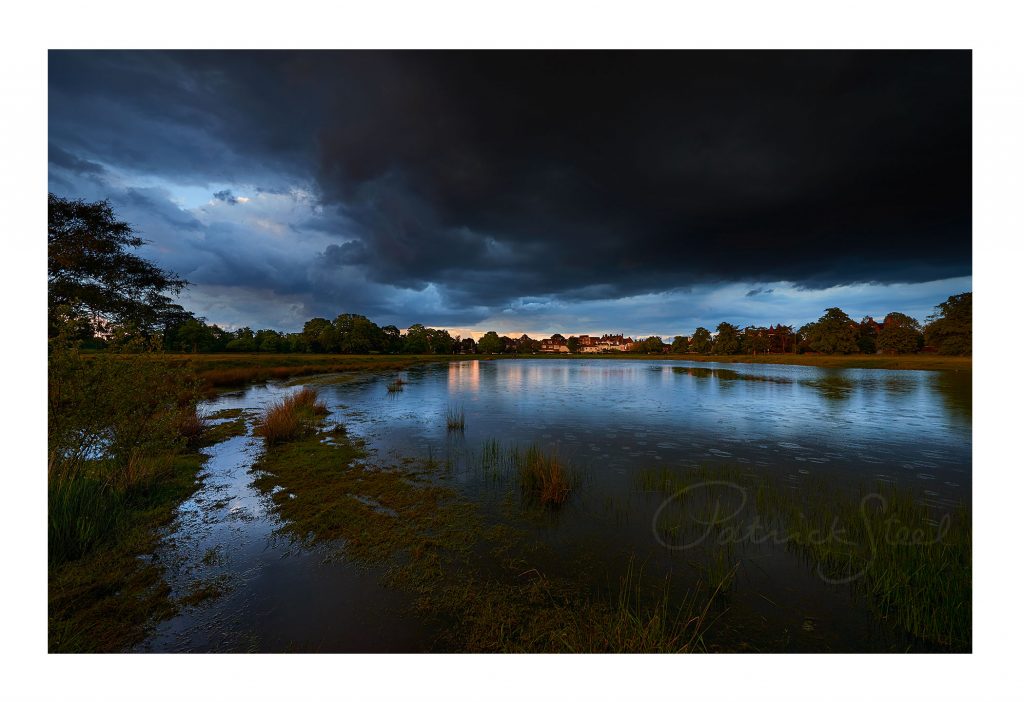 The listed prices include: Dry mounting onto acid free board, window mounting, titled and signed in pencil and wrapped in a protective sleeve of polypropylene acetate film, ready for framing
Limited edition of only: 50
Sizes: Five to choose from, please select from the drop-down menu above
Print type: Fine Art Giclée / Kodak Pro Lustre 270gsm Endura Paper
Watermarks: Patrick Steel’s watermark will not be present on a purchased print
Copyright: ©Patrick Steel

The Pond: Rushmere Pond is situated close to Wimbledon Village in the centre of Rushmere Green, this is by far the most ancient pond on the Commons, with its origin probably going back to Medieval times

Known as Rushmore in Tudor times, this pond, which even in severe drought conditions does not dry up, was a convenient and valuable source of rushes for thatching and a place where villagers could keep their domestic ducks. It was a popular amenity pond in the Victorian and Edwardian times, and remains popular today with local residents and visitors alike

Because of the numerous activities that take place around the pond, plus its acidity, wildlife is fairly limited. Surprisingly however, Rushmere has for several years supported a shoal of Japanese Koi carp, which had been released into the water by a member of the public. The rushes around the pond have been reduced to a few clumps but fortunately, in recent years growth has increased

A lot of summer visiting birds, such as house-martins and swifts enjoy skimming low over the water snapping up insects and taking full advantage of the wide open spaces surrounding the Rushmere to indulge in their aerial manoeuvres. In winter, flocks of mainly black-headed gulls rest on the water or fly aerobatically around the margins

Wimbledon Common consists mainly of a plateau of acidic grassland, the most notable area being The Plain. Scarcely a crest breaks the smooth table and nowhere can you find a summit. Soils are impoverished gravels, ideal for heathland and bogs. The land falls away to the west down through the other main habitat, mature woodlands, to Beverley Brook, where the geology is predominantly London clay

Back to Gallery >
×
Item Added to your Basket!
Continue Shopping